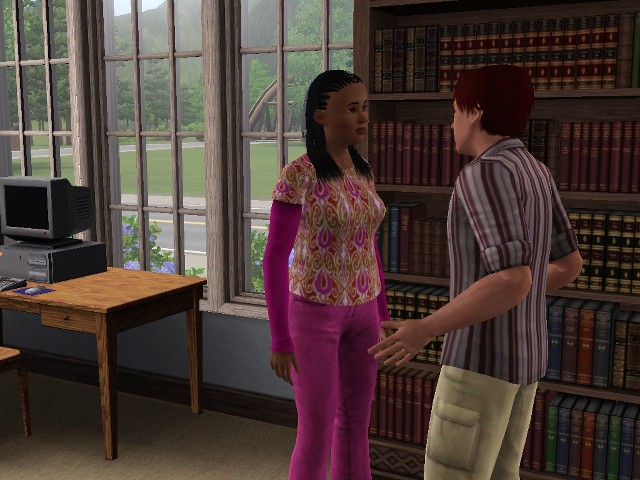 They met in the library, both reaching for the same book at once. Patience liked Euan because he didn’t make smart-alec jokes about her name. Euan liked Patience because her warm kindness was so evident. And because she didn’t make fun of his stammer. 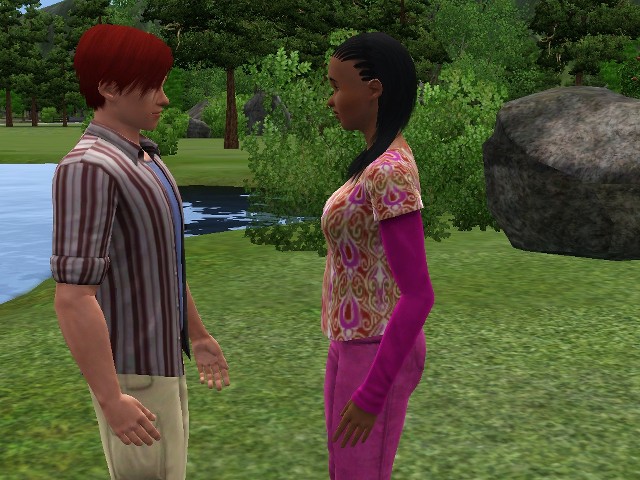 They met up again – well, they had to! They both needed the same out-of-print book for the evening class they were attending. Then they met up again. And again. Euan was new to the area: Patience had lived there all her life. Her (rather wealthy) father was a big wheel in the small town. 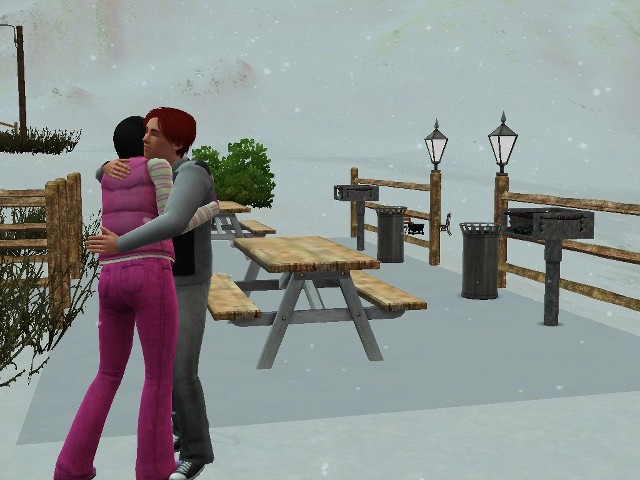 As the year went on, they saw more of each other. Euan was full of crazy, funny ideas like going to the beach in winter.
“It’s the b-best time,” he said. “The p-place is empty.” When he was with Patience his stammer almost disappeared. Patience loved his crazy ideas. Her own parents were so serious, and always worried about What People Would Think. 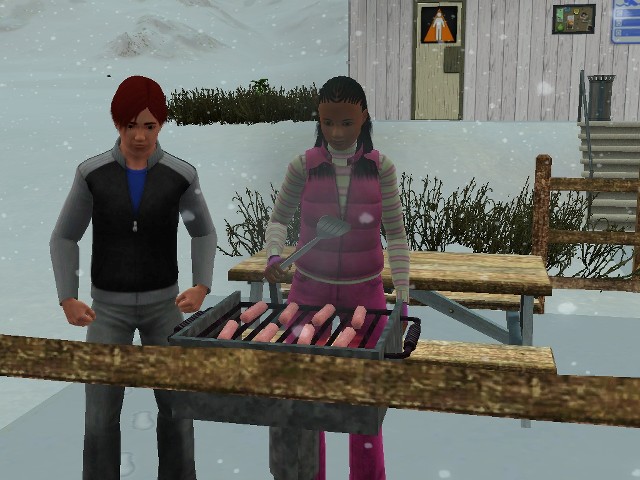 “Here, let me,” Euan said, as Patience began cooking the hotdogs. And it was true, he was a much better cook than her. She liked that he didn’t expect her to do the cooking just because she was female. Euan hadn’t met her parents yet though. Patience wasn’t sure if they’d approve of him. 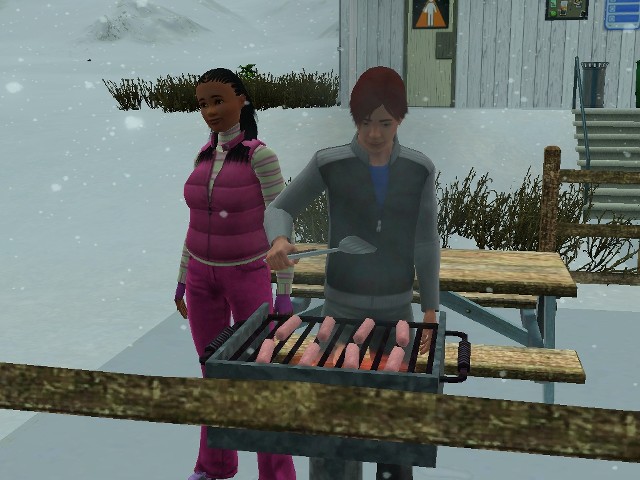 “Where did you learn to cook so well?”
“One of us had to, after our mother died. I was b-best at it.”
“Did you ever think of becoming a cook?”
“No. I’d like to b-be an artist, but office work pays the b-bills.” 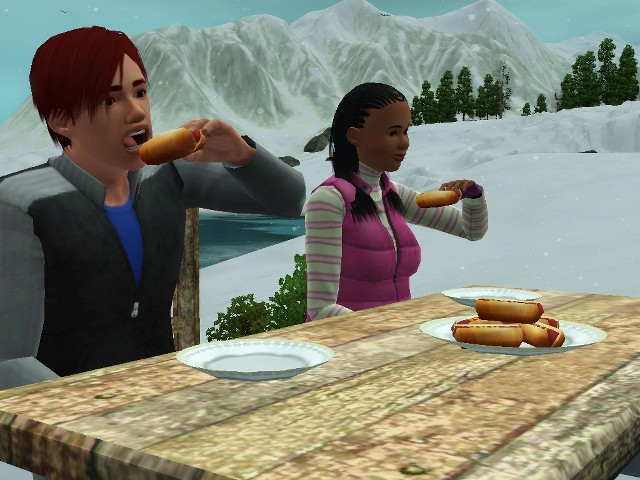 They ate the hot dogs quickly before they became cold dogs! 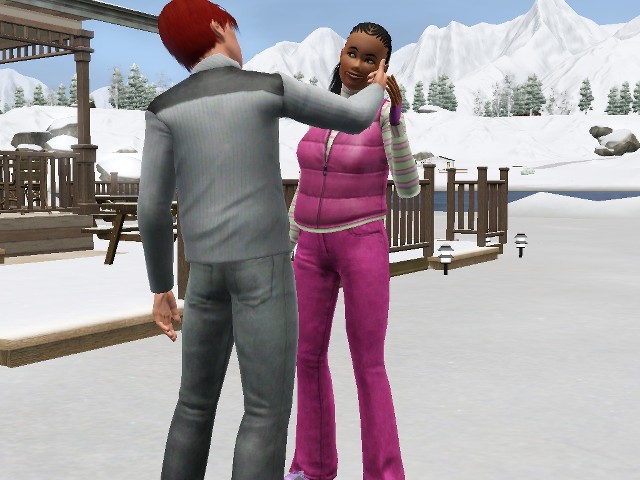 As the winter drew nearer the spring, Euan realised he couldn’t deny how he felt, couldn’t hide it any longer. And Patience felt her heart melt at his touch. But what would her parents say? 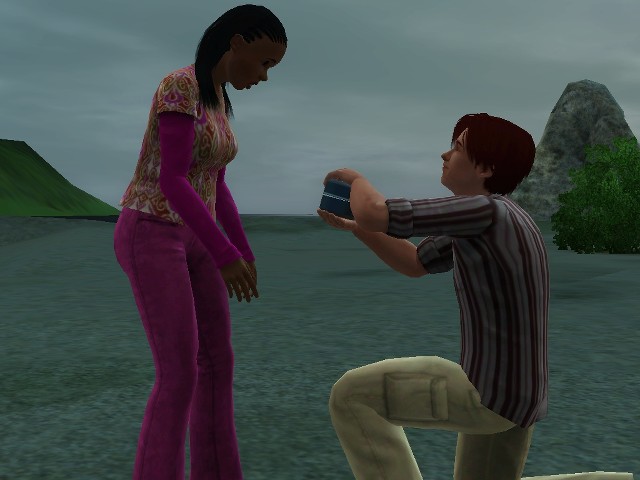 Euan proposed to Patience at the same place he’d first told her he loved her. 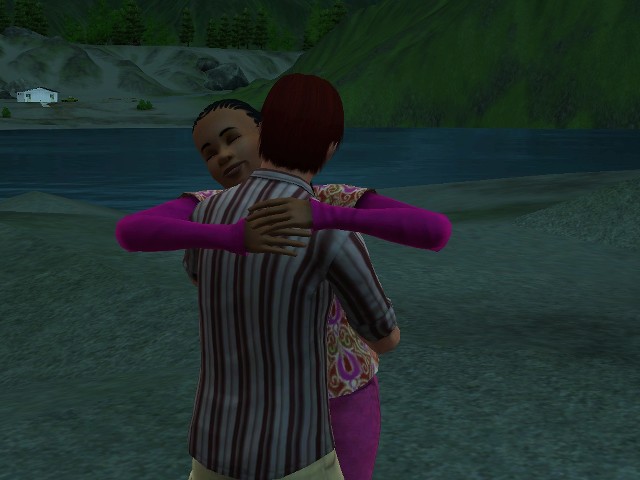 She said yes without a second thought, but her father was far from happy. He didn’t think Euan was good enough for her. And he told everybody so. Living in the same town as her parents just wasn’t going to work. They would have to move.
Her mother said, “Well, it’s not that I don’t like Euan, because I do think he’s a nice enough lad. But why do you want to make a mixed marriage? Think about how hard it will be for your children. Now Joshua is a nice young man, and your father approves of him…” Under the pressure, Euan’s stammer became worse. 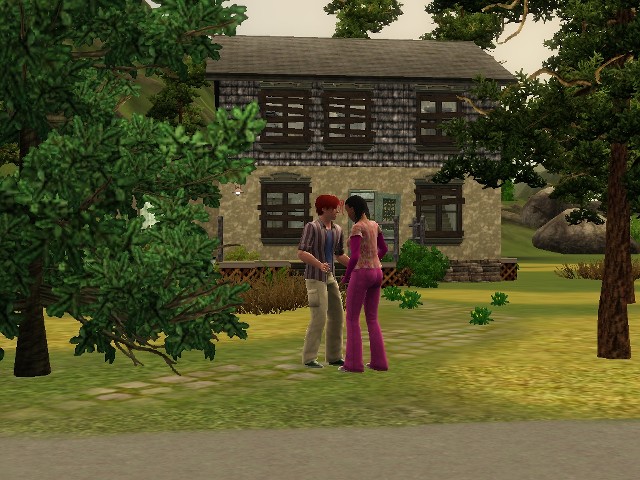 They married nevertheless, and moved away, living in a tiny rented bedsit while Patience trained to be a teacher. Euan’s office job brought in enough for them to live off, but there was no spare money for saving. A place of their own was a distant dream.
Then something happened. Patience’s great-aunt – the one she’d been named after – died and left her some money. Not a fortune, but enough for a house. Or so they thought – until they started looking round.
“Well, we could afford to buy this one,” Euan said a little doubtfully. 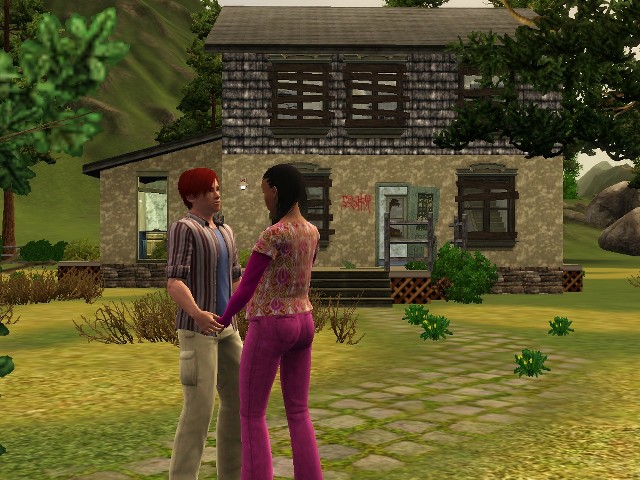 “What do you think, Patience? It’s a bit run down, and a bit remote, but we could afford to buy it. And then what we’re not paying in rent could go towards doing it up.”
“And I will qualify soonish. I could be working in September. Let’s look inside.” 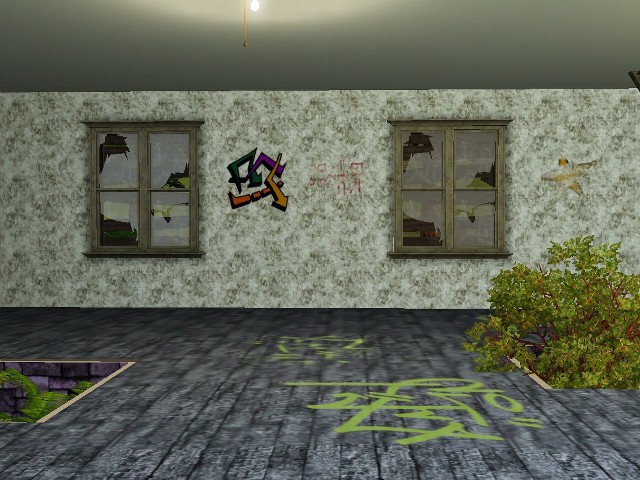 It was a bit run-down. There was no denying that. The main room was big – but had obviously been used as an art gallery by local artists. 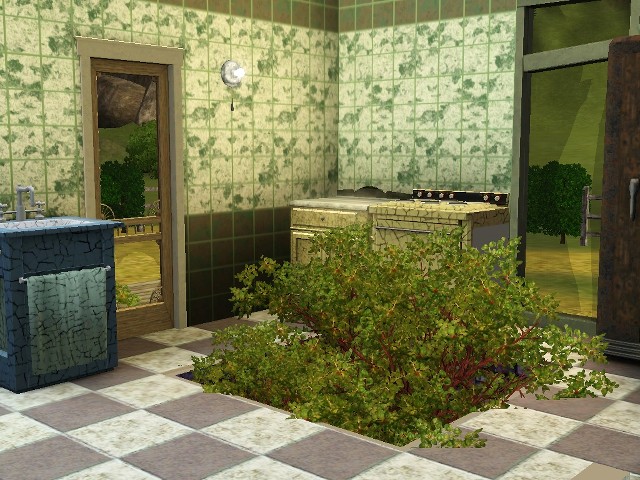 Euan felt that the kitchen had potential though – once they got rid of the tree trying to grow in it! 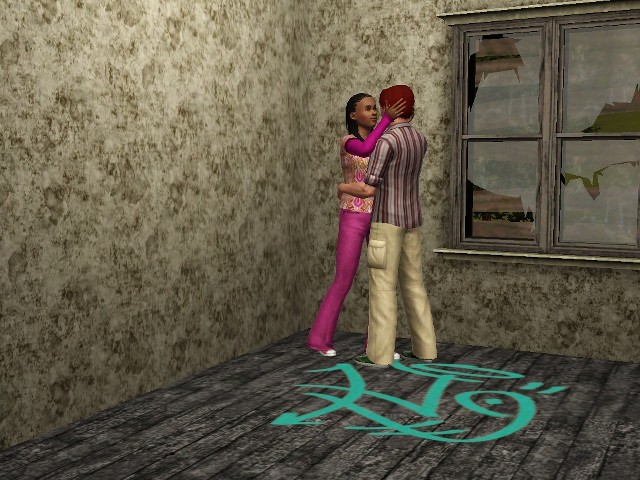 And upstairs there were four bedrooms and a bathroom.
“Perfect for the family we want to have,” Patience said, smiling at Euan. “We’ll get the house done up first, and then we’ll think about starting a family. Let’s buy it!”
“After a survey, to make sure that the roof and walls and foundations are sound,” Euan said prudently. 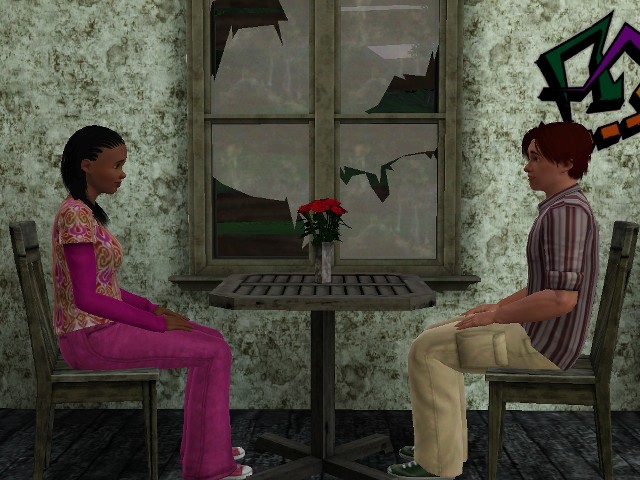 They had meant to do some work on the house before they moved in, but the completion date coincided with a fire at their rented accommodation.
“No point in renting somewhere new, and paying a new deposit,” Euan said, and Patience agreed. He bought roses to mark their first night in theior new house.
“And now what would you like to do?” Patience merely gave him That Look from her big brown eyes, and he got the message. 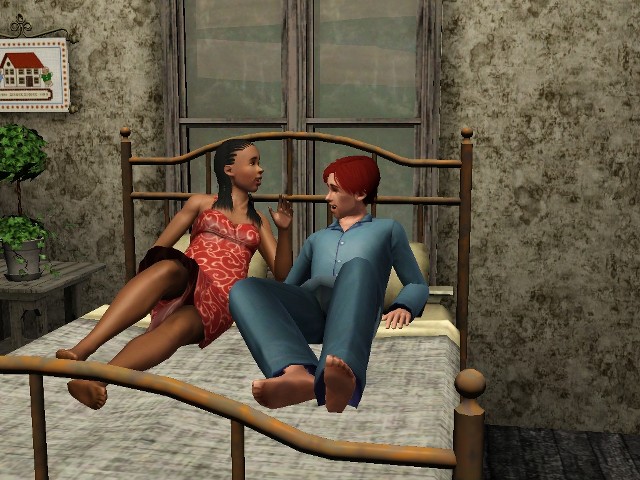 Choosing which bedroom they wanted had been easy! It was the only room with an unbroken window. They’d bought some furniture as cheaply as they could from a second-hand shop – and only the bare minimum at that – but they’d buy better once Patience had a job. Two incomes, and they’d be fine. 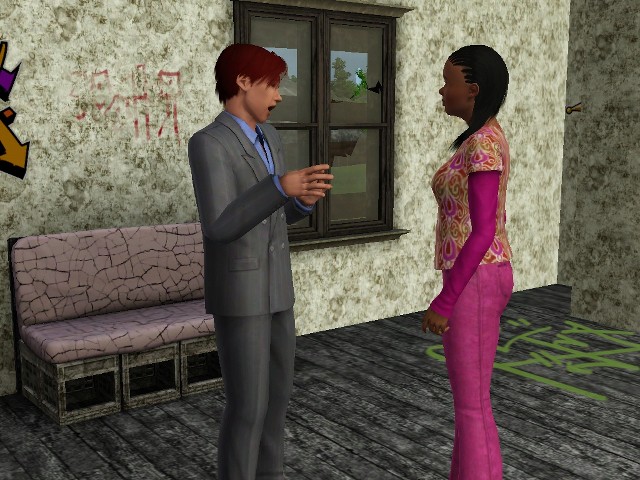 “The b-boss wants to see me today. I’m hoping it’s about a p-permanent contract. I know I’ve d-done well over the last six months; everyone in the office has said so.”
“And I’m going to the library to finish my last assignment. I’ll get it handed in today. We can have a double celebration tonight!” 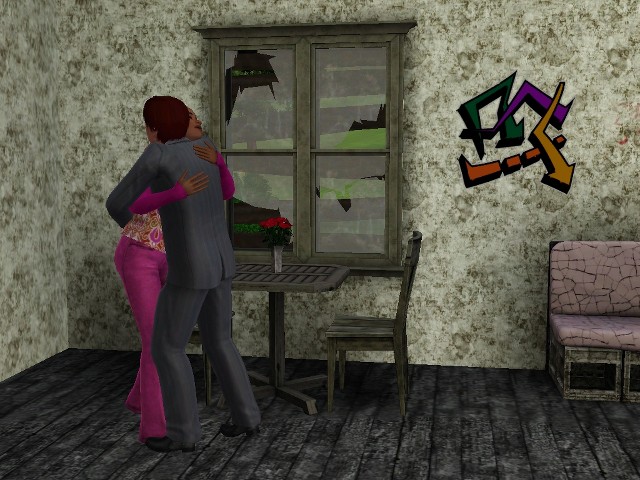 But their evening brought no celebration. A distraught Euan came home from work, stammering so badly it took him ages to tell Patience what was wrong.
“The b-b-boss f-f-fired me. He s-s-said he n-n-needed someone t-t-to answer the phone, and I’d b-b-be no g-g-good at it.” 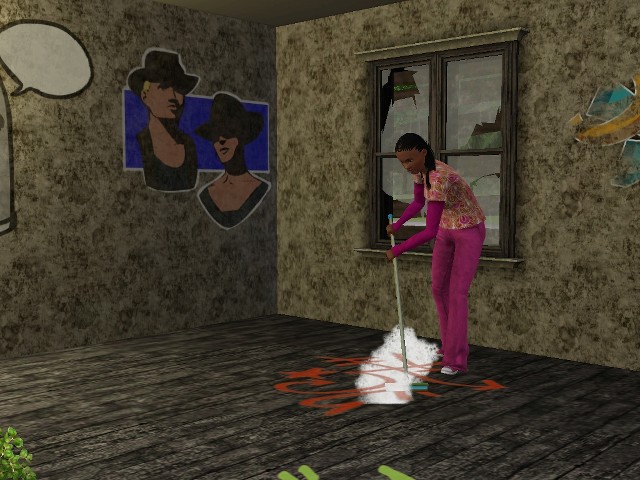 Patience took out her anger on scrubbing the floors.
His confidence at its lowest ever, Euan took the only job he could bear to do, working at the graveyard.
The dead don’t ask you to speak to them.

Upload the house and household here:
http://www.thesims3.com/assetDetail.html?assetId=9105100
Special rules for this renovacy:
Euan can have a job working at the graveyard.
Posted by Samelarita at 05:06