Luke and Lucy - a renovacy 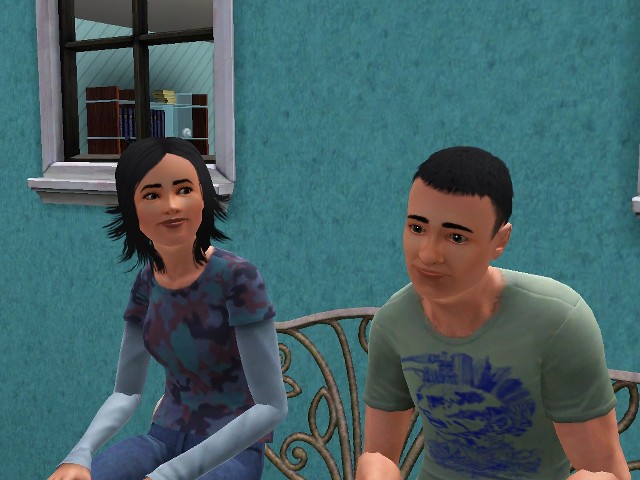 When Luke and Lucy were children, they used to be able to pretend to be each other, and fool people at a slight distance. They were older now, and it wasn’t possible any more, but they still looked very similar, and still had that close bond that twins often have. Since Luke had joined the army they saw each other less often, but each time they met up it was as if they’d seen each other only yesterday. 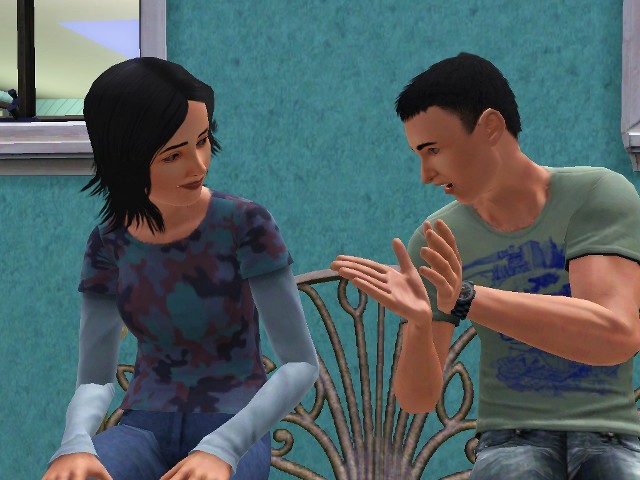 They might still look very alike and still share the same sense of adventure, the same enjoyment of physical activity, but they’d grown up into two quite different people. Luke was definitely not one for settling down! Each time he’d have another girl to tell Lucy about, and whenever she asked him about the previous one, it was always the same story
“She started to get serious. She was muttering about babies and settling down and marriage.” “There’s nothing wrong with that!”
“Not for you – you’d be good at it. But can you see me with children?”
Lucy had to admit, she couldn’t!
“But you’ll have to make an exception for mine, if I get married and have any.” 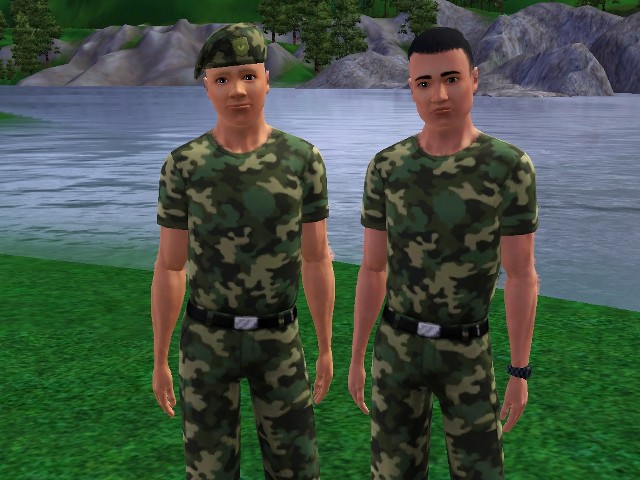 One leave, Luke brought a friend home – Cass. They’d become close friends as a result of a close shave – Cass was steadier, more reliable, and kept Luke’s feet firmly on the ground, while Luke brought an excitement into Cass’s life that had been missing so far. The whole family took to Cass – the parents and Lucy alike. 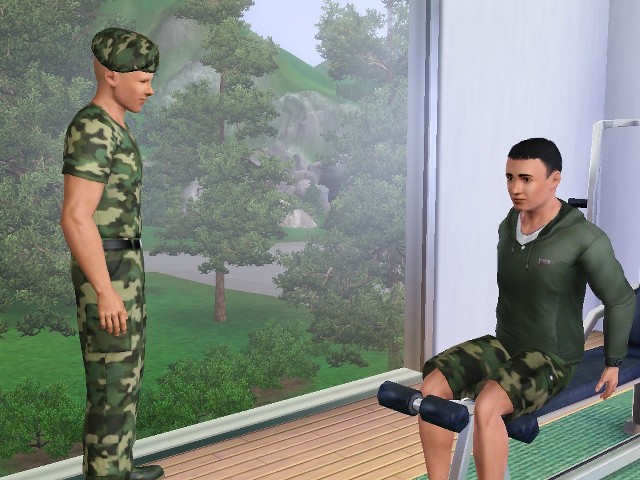 After the leave, Cass asked Luke oh-so-casually if his sister had a boyfriend. “No, She’s heart-whole and fancy-free.” But not for long! A year later, Lucy and Cass were walking down the aisle together, watched by Luke and their aging parents with great fondness. 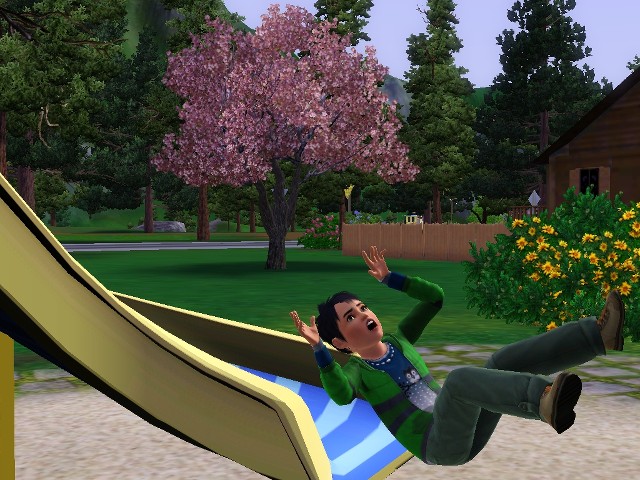 Their parents lived long enough to see Tom arrive – dark-haired like their side of the family, and with the same adventurous and slightly reckless spirit that his uncle had. To his surprise, Luke didn’t mind being with Tom – once he’d outgrown the nappy stage, that was! 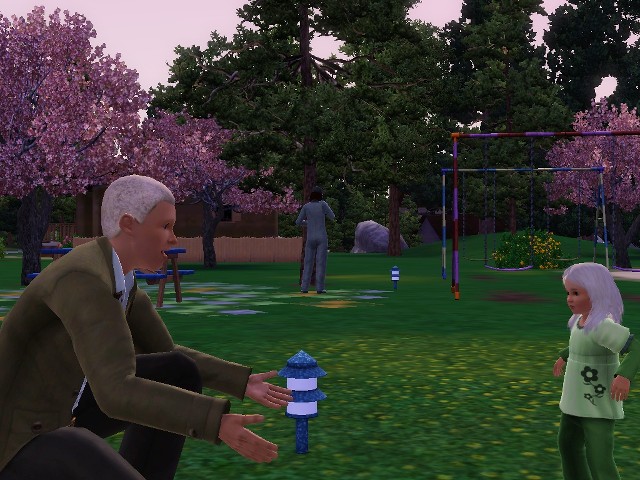 Abigail never knew her grandparents – a cold wet winter carried them both off – and Luke and Lucy grew closer than ever in their shared loss. Cass loved being a father, and Luke could sort of see the appeal – in small doses, and on a sunny day! 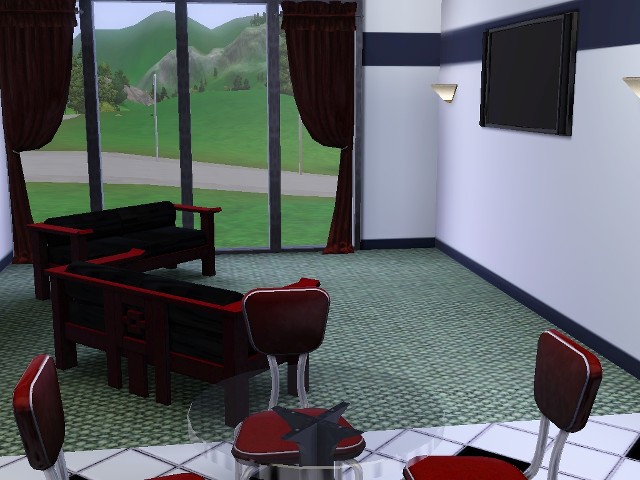 Once the estate was wound up, Luke and Lucy found that they’d inherited a useful sum of money. They both decided to put it into property – Luke found a smart bachelor flat quite easily.
“I won’t be in the army for ever – and I’ll need somewhere to live when I come out. And in between, I’ll rent it out: it’ll be extra income.”
Secretly, he loved the flat – it was everything he’d ever dreamed of owning. 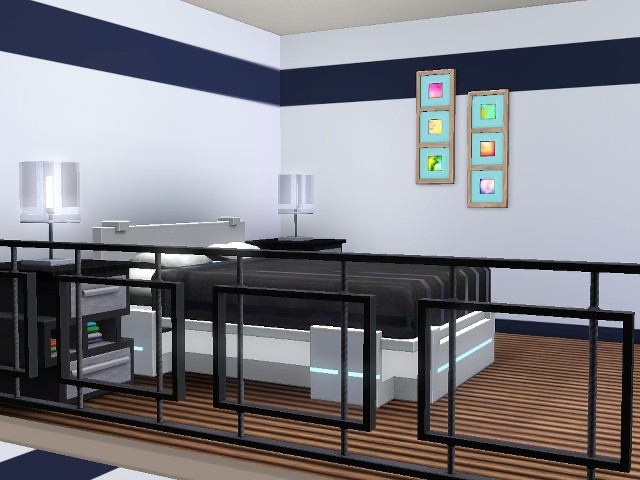 He invited Lucy and Cass round to see it.
“How good is this? Look, it’s got a mezzanine sleeping platform!”
And Lucy had laughed at him, remembering the same tone of voice the year they’d been given sledges at Christmas. 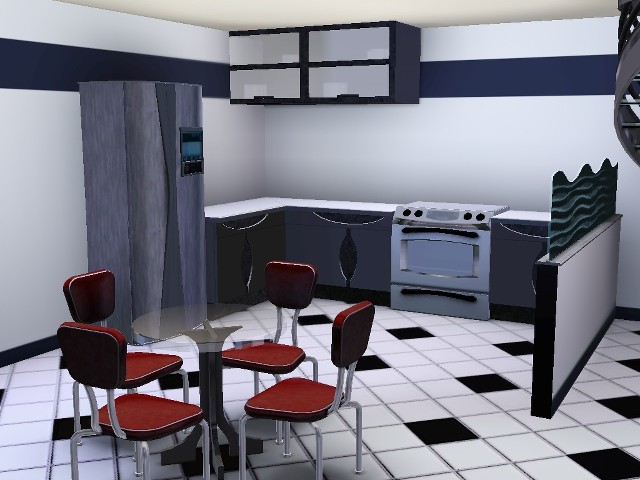 Cass had admired the kitchen, but pointed out to Luke that he’d have to learn to cook. “Hey, in a kitchen like this, it’ll be easy to cook.”

And the sitting area only had two-seater settees.
“If I’ve got a girl round, I don’t want her miles away. I want her right next to me.”
“Luke, you’re hopeless! You need to find a girl who really matters to you!” 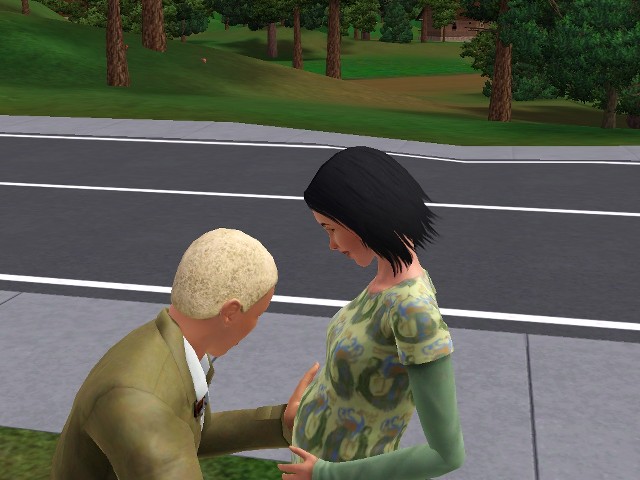 For Lucy and Cass it proved harder to find exactly what they wanted. And as Cass was planning to leave the army after this final tour of duty, it was also a bit more urgent. Instead of finding a house however, they found that Lucy was pregnant again. She stepped up the house-hunting, and widened her search. 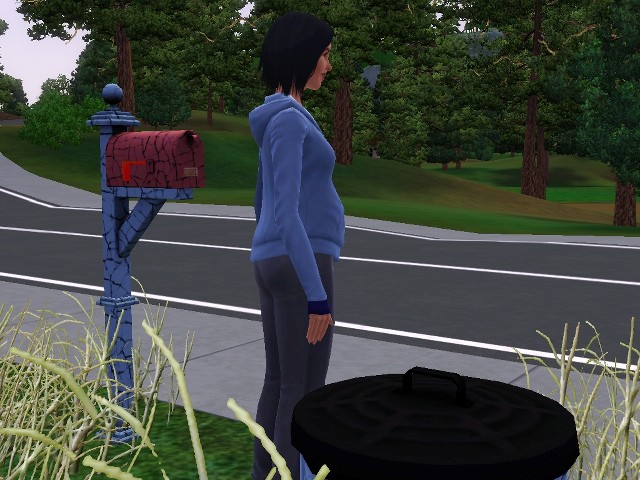 Eventually, she struck gold! Cass saw the details and agreed with her that it had everything they were going to want. Lucy stood outside the house, her back aching slightly with her pregnancy, and phoned Luke to tell him the good news. 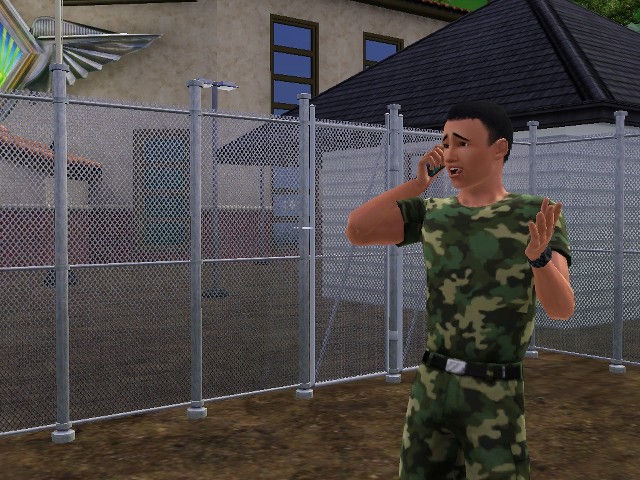 “We’ve found a house!”
“That’s fantastic! What’s it like?”
“It’s a bit of a barn at the moment, to be honest, but we can do wonders with it – you know how good Cass is with his hands. And there’s loads of outdoor space for the children, and plenty of space inside the house. It’s even got a sleeping platform, like your flat! Though I don’t think we’ll keep that, as it doesn’t go too well with small children.”
“I’ll look forward to seeing it when we get back. Town or country?”
“Country-ish – but near the town and the schools and so on. Best of both worlds! When you’ve time you must come and see it. And we’ve got some really exciting news about this pregnancy!” 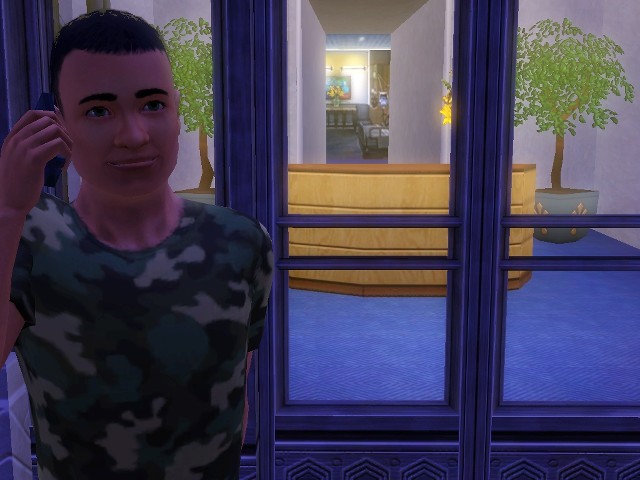 But the time never came. Luke and Cass went off on what was to be Cass’s last tour of duty. And it was his last tour – but not in the way that he’d meant. Luke got home as fast as he could, desperate to be with Lucy, only to hear that she’d gone into hospital, the shock of hearing about Cass’s death sending her into labour early.
Luke was fighting back the tears as he approached the hospital. His phone rang, and he checked the caller and picked it up when he saw it was the hospital.
“How soon can you be here? Your sister is very urgent about seeing you.”
“I’m on the doorstep right now.” 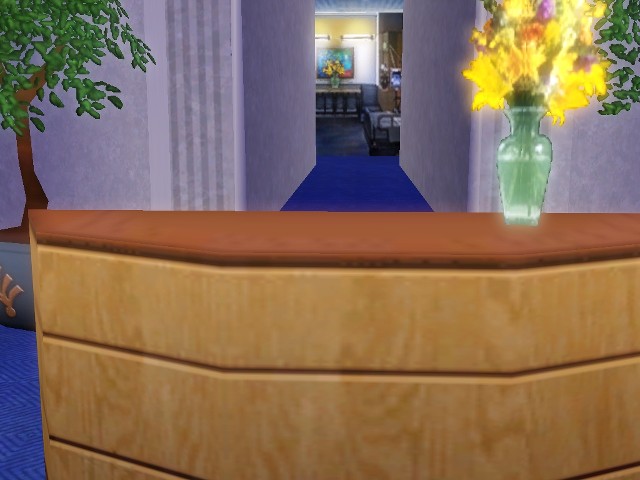 The corridors seemed endless, but eventually he was at Lucy’s bedside. The labour was a difficult one, and Lucy was obviously distressed.
“Luke. Promise me that you’ll look after the children in case anything happens to me.”
He would have promised her anything.
“You know you’re their guardian. Everything’s left to you.”
“Lucy, I will. But you’ll be fine – and so will the twins. I’ll be waiting here for you when you come back from theatre.”
Only she never came back. And the twins were rushed straight into the neonatal unit, and into incubators, where they battled for life for several weeks.
Tom and Abigail were looked after by neighbours, and Luke arranged his discharge from the army, and sold his flat to cover the mounting medical bills. But the twins, like their father and mother, were fighters, and eventually Luke was told he could take them home. 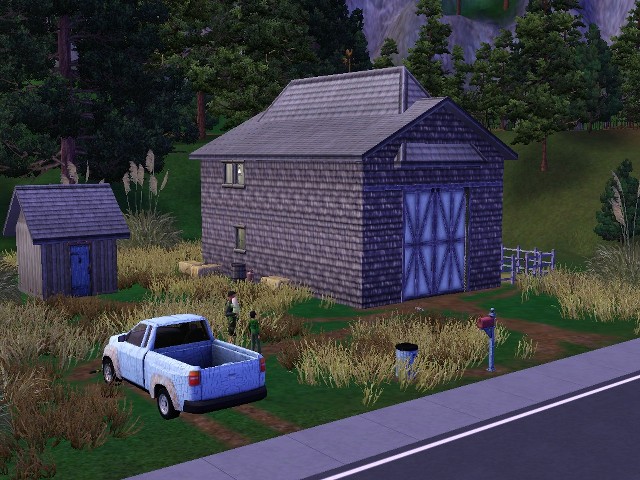 He might have had to sell his flat, but Lucy and Cass’s home was still there. Tom, Abigail, David and Mark had a home that was theirs. Luke had never seen it, but he had the address. A neighbour drove Cass’s pick-up truck down to the hospital, so that Luke could drive back in it. He pulled up at the address, got out with Abigail in his arms, and stood in silence. When Lucy had said it was a bit of a barn, he hadn’t realised that it actually was a barn. His heart sank as he looked at it. 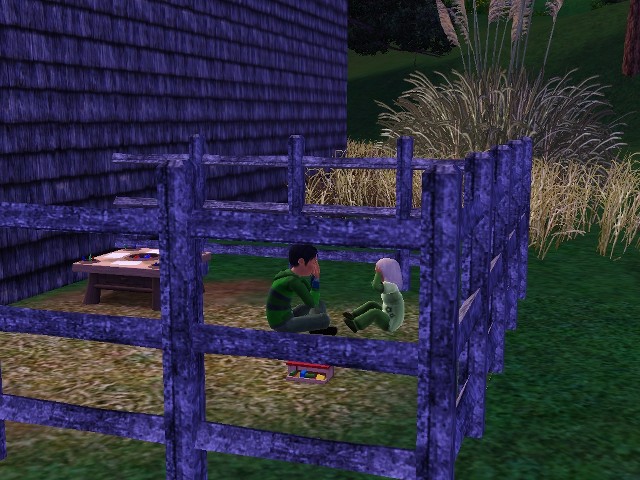 Tom showed him the little fenced-in play area at the side of the barn, and sat and played with Abigail while Luke got David and Mark out of their car seats and into their cots. 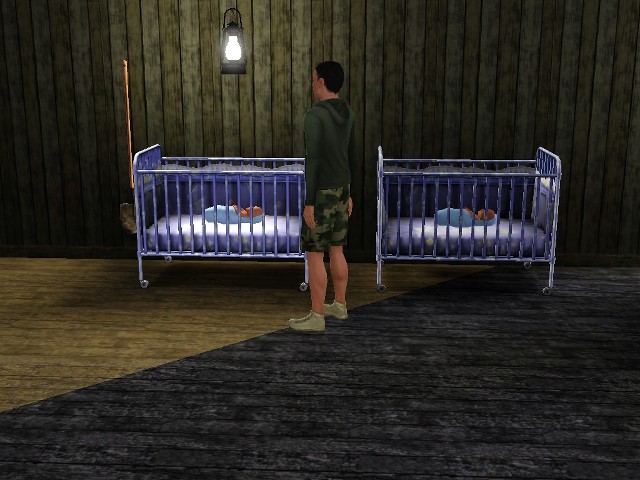 Luke could see where Cass had started to sand the floorboards – Cass had told him about that, and what nice wood it was underneath the dirt. 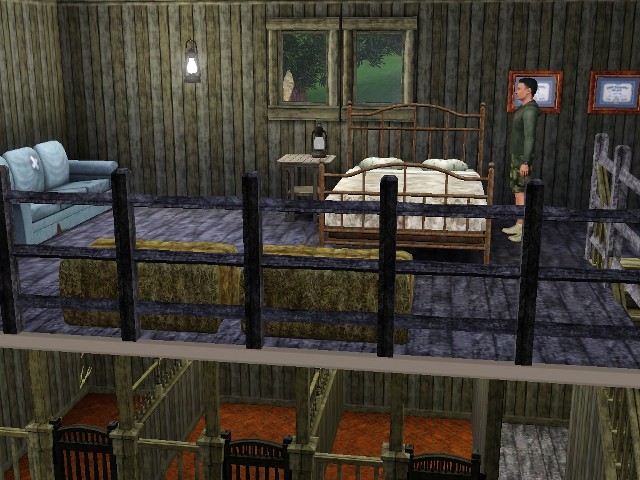 Then he looked around the place. The sleeping platform that Lucy had mentioned was nothing like the one in his one-time flat. There was still hay up there. 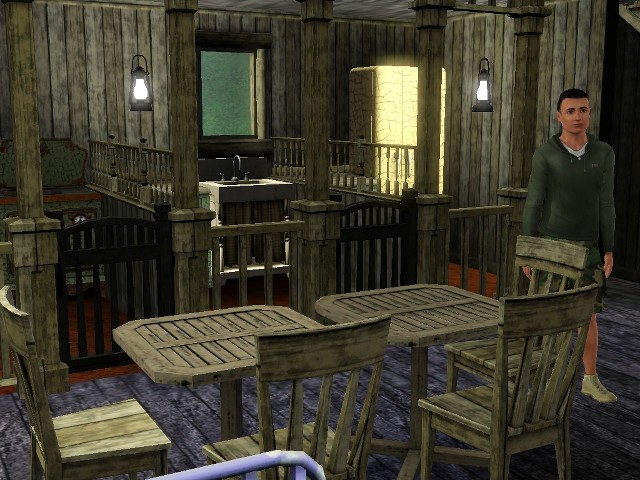 The kitchen had been put in the old stalls for the horses – three long and narrow little sections of rather elderly cupboards and appliances. 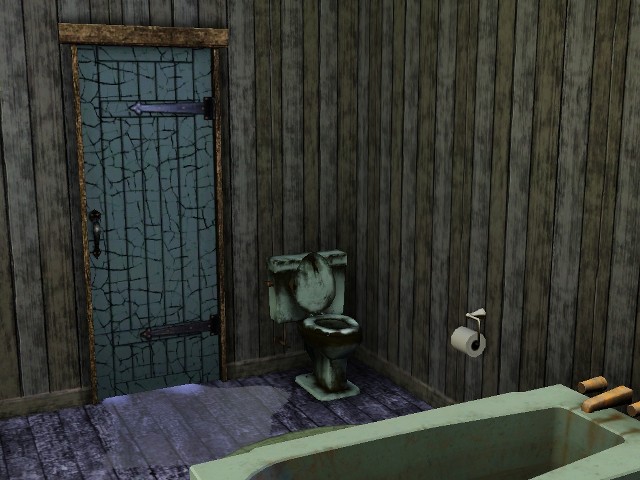 When he went outside and found the bathroom in its little outhouse, he could hardly believe his eyes. 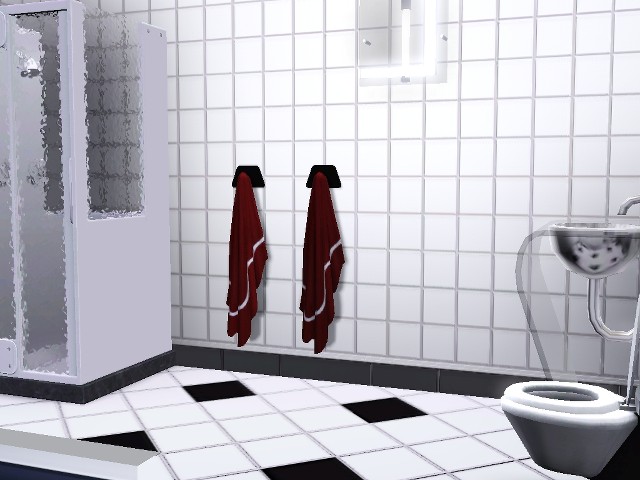 The contrast between it and the sleek, streamlined, clean and elegant one in his old flat had to be seen to be believed. 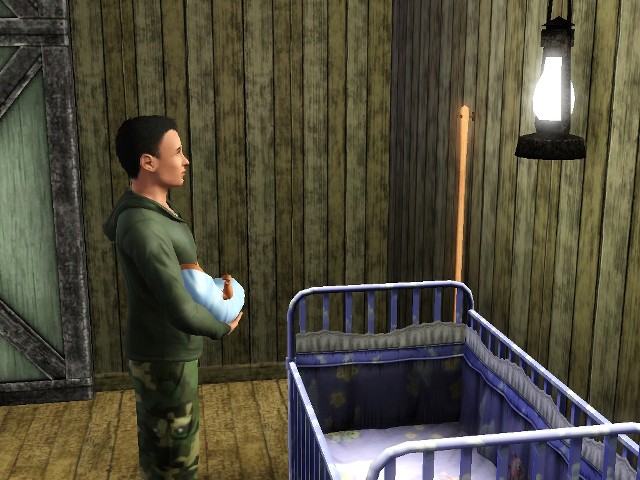 Luke went back inside, and picked up Mark, who was beginning to cry. “Come on, Luke,” he told himself. “You’ve been in some really difficult and dangerous places in your time. How hard can it be to bring up four children by yourself? Of course you can manage this!”

This is a renovacy. The rules are as follows:
No money cheats.
Luke has to stay at home until all the children are at school.
All children need to learn to walk, talk and be potty-trained before they grow up.
All school-age children need to be A grade students as soon as possible.
You can sell anything in the house and grounds, but if you want to re-paper or re-floor, you have to cover over what’s already there – no selling the wall-paper or flooring.
You can renovate the house in any style you like.
Luke can earn money by fishing, gardening, painting or anything else that can be done at home while the children are pre-school.
If Luke can earn enough points for the Change Traits lifetime reward, then you can change his traits.
The children can all earn money as well.

Download the house and family here: http://www.thesims3.com/assetDetail.html?assetId=6541147
Posted by Samelarita at 09:38